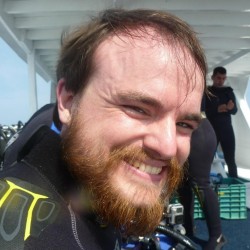 My development journey this year was sparked by an experience I had in January. At the end of 2013 I was actively looking at options for pushing myself further into the world of software development. I was familiar with the concept of coding bootcamps but until that point had never seriously considered them as an option. Bootcamps generally require a large amount of cash that my family just doesn't have. I had written them off and was researching degree programs & internships.

I stumbled onto App Academy from a link on a blog. AA is a Ruby on Rails-focused bootcamp in San Francisco & NYC that doesn't require any up-front cost. Instead, they take a percentage of your first year's salary after you find a job. I was interested, but apprehensive; the program structure seemed too good to be true. After researching the program, and other students' stories, I decided to give it a shot. I aubmitted my application at the end of January 2014.

This was my first experience with anything like this, so I took it slow and really busted my tail preparing. The interview process for me took just a little over a month. During this time I went through one conversational interview (with plenty of time for me to Q&A some of the program staff) and multiple coding challenges. I was also given access to a Ruby primer, hosted by App Academy, that I could use to prepare for the challenges. The primer lessons were excellent and essentially consisted of the pre-work they recommend for incoming students. I went through everything that was recommended - most of it twice!

I'd had my hand in programming for many years prior to this but had never done any critical-thinking challenges like the interview consisted of. The questions were similar to those found at Exercism, Ruby Koans or Project Euler. They were timed and screen-shared, and I was asked to talk through my thought process as I programmed. This was jarring to me as it was such a new experience. I'm an autodidact in a vacuum and even now I'm still learning how to be comfortable sharing my programming with others. If you are someone interested in App Academy, or another bootcamp at their level, I'd HIGHLY recommend doing some pair-programming to get used to this feeling prior to applying.

I had a total of 4 interview appointments: 3 coding challenges and 1 chat. I don't know how typical my experience was, but I got the impression that I was much less competitive than I expected to be. I struggled a bit to complete the challenges within the alloted time frames and felt that my solutions were inelegant at best. I made a habit out of rerunning the challenges multiple times after each interview, and every time I found a better way. I tried to share these when I found them, and I give the AA crew a lot of credit for being available via email through the whole process.

I was stressed an nervous when the final email came in. I went into the application process feeling like it would be a breeze and I came out shaking and nervous, a melting puddle of do loops and ternary ifs. However, at the beginning of March 2014, I got accepted to the San Francisco cohort of App Academy. I was elated.

The next part was the tough part. I struggled with a lot of the contract terms App Academy offered. This was due to my own situation, but there were certain aspects of the student agreement that I couldn't make work. I spent a lot of time talking with family, coworkers and bootcamp staff about my options. Ultimately I decided it just wasn't feasible. With great regret I turned down the acceptance.

I would recommend App Academy to anyone with an interest in taking development seriously. Everyone I dealt with at AA was approachable and easy to deal with, including the alumni I reached out to while researching. They've got a passion for getting results with proven methods, and they're great about trying to work with your individual situation to make their program the right fit. However, it's worth noting that they're not for people with no experience at all. I had built full apps from scratch in PHP, Javascript, C# & Visual Basic prior to applying and still struggled with the interview challenges. It's also not for those just looking for supplementary learning. The program is structured to be 24/7 learning for the duration, and afterwards they specifically encourage students towards fulltime jobs in software development. If you're looking for a career change and can afford the 16 weeks of your life, it's well worth your time.

The App Academy acceptance was turning point for me. I didn't expect to get an interview, much less to get accepted to a program as well-respected as theirs. However frustrating it was to have to turn down a seat in the class, it was validating to know that someone believed I was capable of being part of that world. It was also a big deal to be exposed to some the processes I now know are standard for programmers: pairing, algorithms, concept problems (think "FizzBuzz").

After my AA experience, I resolved to stay committed. I spent a lot of time doing self-study through the year and kept my eye on sites like Hacker News to stay abreast of current trends. It wasn't until the end of 2014 that another opportunity presented itself.

Got questions about my App Academy application experience? Get in touch @ADotMartin!